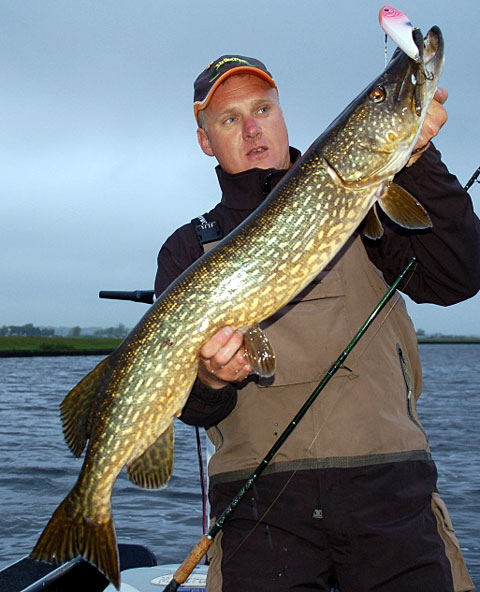 Leon Cramer, Strike Pro Team in The Netherlands with a nice buster pike.

Hi Guys I hope the efttex was good. Here by I send a picture of a Dutch Pike of 102 cm, which was just ready with spawning. The Pike I caught during the first day of the predator fish season,  She was ready to eat, to become on weight again. After a short but hard fight she was ready to land. In this early morning we caught 12 pike´s.

Guys we keep in touch greetings to all.